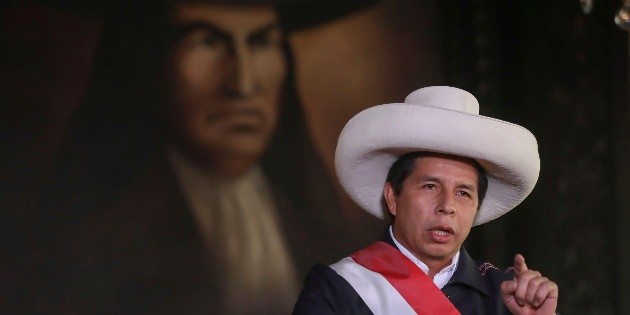 The president of Peru, Pedro Castillo, decided to “recompose” his ministerial cabinet, which implies the departure of the repudiated new prime minister, Héctor Valer Pinto, whom he swore in just three days ago and that he was questioned by the opposition after the revelation that he was reported for alleged domestic violence in 2016.

The next cabinet appointed by the president will be the fourth in his six months in office.

Hours earlier, the president of Congress, the opposition María del Carmen Alva, asked Valer to resign from office. In addition, three of Castillo’s ministers also questioned him, including the chancellor, César Landa, who wrote on his Twitter account that “the public exercise requires officials free of these complaints.”

Castillo said at a press conference from the presidential palace that the “recomposition” of his ministerial team will be characterized by “openness” to all political forces. He added that he made the decision to recompose his ministerial team after Congress on Friday “expressed its refusal” to meet on Saturday to grant or deny support to Valer’s cabinet, an act of political control necessary for the cabinet to continue exercising.