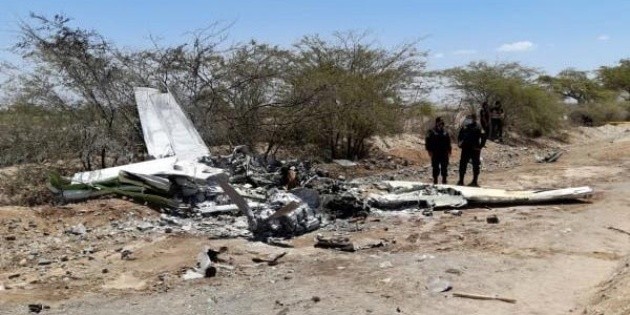 At least seven people, including several tourists, died this Friday after the plane in which they were traveling crashed while trying to land after touring the famous Nazca lines, in the Ica region, in southern Peru, local media reported.

The media showed images of the smoking remains of the aircraft, which fell near the Maria Reiche aerodrome in Nazca, while sources from the Peruvian National Police (PNP) indicated that seven people were on it, including five passengers.

official sources They have not yet confirmed the identity of the deceased, although the media announced that among them there are citizens of up to three nationalities.

According to the information, the pilot apparently lost control of the plane and crashed in a rural area near the airfield. “Maria Reiche”, to which he returned after noon this Friday after one of the usual tourist air tours that are made over the enigmatic pre-Hispanic Nazca lines, located about 300 kilometers south of Lima.

Units of volunteer firefighters and agents of the National Police arrived at the scene to put out the fire in the wreckage of the aircraft and start the investigation of the case.