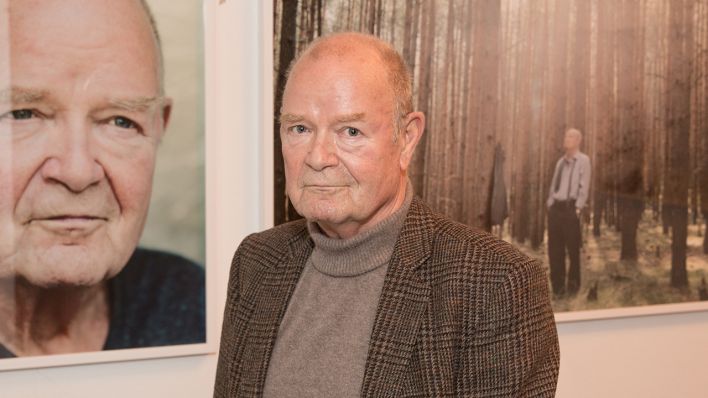 One of the greats of Berlin drama is dead. Dieter Mann was on stage at the Deutsches Theater for decades, and was even the director of the theater for a few years. The original Berliner died in his hometown on Thursday at the age of 80.

The Berlin actor Dieter Mann passed away on Thursday at the age of 80. This was confirmed by his wife of the DPA. Mann stood on theater stages for decades and acted in movies, including “Der Untergang”. In the 1980s he became director of the Deutsches Theater in Berlin.

Mann was born in Berlin-Tiergarten in 1941, went to school in Pankow and initially learned the trade of lathe operator. He only worked in the factory for a short time, instead he caught up on his Abitur and began acting training at the Ernst Busch State Drama School in the early 1960s. While still a student, he made his debut at the Deutsches Theater, where he became a member of the ensemble in the mid-1960s.

For almost half his life he remained a constant in the renowned theater. From 1964 to 2006 Mann was on stage, directed and even took over the directorship from 1984 to 1991. He has been an honorary member of the Deutsches Theater since 2000.

Mann was active the longest as an actor – also in a few movies, including Oliver Hirschbiegel’s “Der Untergang” (2004) and “13 Semester”. Dieter Mann was also known as an audio book speaker. The Bundesverband Schauspiel honored him for his life’s work in 2020. It was said at the time that “his love of accuracy and thinking” made him a crowd pleaser. His playing was sensitive, serious, calm and analytical.

Mann became particularly popular in the GDR in the 1970s with his interpretation of Edgar Wibeau in Ulrich Plenzdorf’s play “The New Sorrows of Young W.” Mann also appeared in entertainment programs such as “Palette der Jugend” and “Ein Kessel Buntes” in the GDR, and in 1981 he was voted “GDR television darling”. His spectrum also included the tragic, such as Lessing’s “Nathan the Wise” or the philosophical, such as Botho Strauss’ “Odysseus.” In his autobiography, he himself describes his attitude to work with the words “think, feel, share”.

On his 75th birthday in 2016, Dieter Mann looked back on his life and told the DPA: “I’ve been very lucky.” Especially the affection of the audience was important to him.