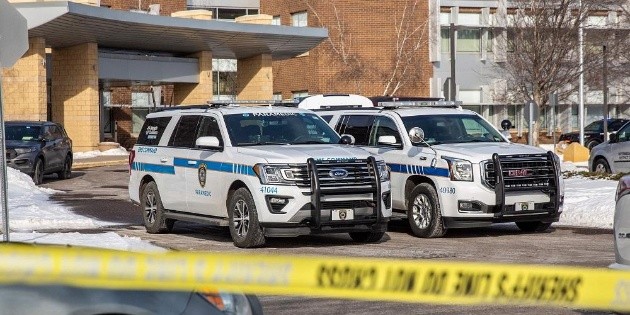 Two students were shot Tuesday, one of them fatally, outside a suburban Minneapolis school, police said.

Richfield Police Chief Jay Henthorne said the students were shot at around 12:07 p.m. local time outside the South Education Center. The surviving student was in critical condition at a local hospital. Henthorne said the suspects fled and police were searching the area for them.

“This is a tragic day in the city of Richfield,” he said.

The South Education Center has about 200 students, according to its website, which describes it as a school that offers special education programs and an alternative high school, with students as young as preschool.

District 187 Superintendent Sandra Lewandowski said the students were shot near the school’s main entrance. He said that parents and students would be meeting on Tuesday afternoon.

Nearby Richfield Middle School sent a message to parents saying police, guns drawn, and first responders had mistakenly shown up at the school in response to an emergency call from the South Education Center.