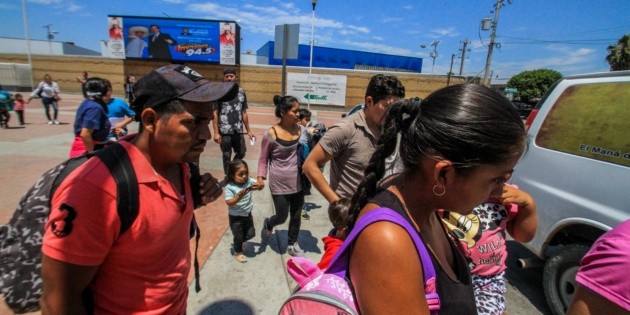 A study conducted in New York reveals that undocumented immigrants’ fear of family separation, detention, and deportation, which worsened under the Republican administration of President Donald Trump, still persists despite the change in government, and affects their access to public benefits and services.

The report “Immigrants’ Use of New York City Programs, Services, and Benefits: Examining the Impact of Fear and Other Barriers” from the Center for Migration Studies (CMS), found that while New York City is a “favorable” to immigrants and invests resources in them, it needs to break down barriers they encounter.

“While government agencies, hospitals and community organizations have taken steps to minimize gaps in service delivery and mitigate immigrant fear, more can and should be done.”says the study released today.

The New York-based CMS examined fear and other barriers to the use of public benefits such as health, as well as access to law enforcement and the courts, through interviews in eight languages ​​with immigrants up to 30 countries between January 2020 and October 2021.

Under the “public charge rule” which entered into force on February 24, 2020, -which is no longer in effect but there is still confusion- immigrants who had received or received public benefits could be denied legal permanent residence (“green card”).

And although the government of Joe Biden brought recognition of the essential work of immigrants in response to COVID-19 and admitted the disproportionate impact of the pandemic on this community, this was not enough to eliminate fear and other barriers such as language, discrimination or misinformation to request or use benefits for themselves and their families.

One of the most recurring fears that explains their misgivings about going to the hospital is the presence of Immigration and Customs Enforcement (ICE) agents who could detain them.

“Several hospital workers said undocumented immigrants often let their ailments go untreated for fear of their immigration status, and as a result, their illnesses become emergencies.”warns the study.

It also highlights that fear about their legal status, influenced by federal immigration policies, probably inhibited efforts to respond to and control the covid pandemic.

Language remains the number one barrier to benefit access despite New York City’s efforts to provide translation services, explaining, for example, why they often choose not to report crimes committed against them or witnessed.

Among the report’s recommendations is that public agencies continue to work with community organizations, religious institutions, schools and other entities that immigrants trust to distribute information about benefits and services.

“No one in our cities should be afraid of getting the help they need, especially as we report on the recovery from the COVID pandemic”, indicated the new director of the Office of Immigrant Affairs of New York, Manuel Castro.

In a virtual forum to present the study, he recalled that he grew up undocumented in this city, ran an immigrant services NGO, and promised to continue working with the various groups and agencies to “ensure that Yorkers are empowered to seek the care they need without fear”.