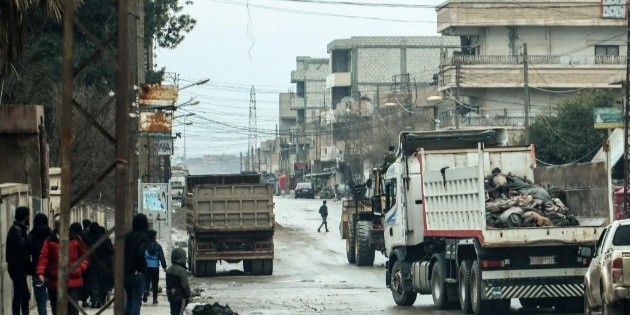 An Islamic State (IS) attack on a prison in northeastern Syria and fighting between jihadists and Kurdish forces have left 332 dead since January 20, reported the Syrian Observatory for Human Rights (OSDH).

Sporadic clashes broke out on Saturday between Kurds, backed by US forces, and escaped IS members near Ghwayran prison, where at least 3,500 jihadists of different nationalities were being held, according to the NGO.

The OSDH reported that the attack, the most important by IS since its defeat three years ago, and the fighting that followed, left 246 dead jihadists, 79 members of the Kurdish forces and seven civilians.

The increase in the death toll from the previous balance sheet was due to the discovery of new bodies during the sweep that Kurdish forces are carrying out in and around the prison buildings, which is in an area under the control of the semi-autonomous Kurdish administration. , according to the OSDH.

Rahman said that the balance could increase because there are several Kurds injured. In addition, he stated that, based on “confirmed information”, 22 bodies were discovered, which have not yet been identified.

The spokesman for the Kurdish-dominated Syrian Democratic Forces (SDF), Farhad Shami, assured that the bodies will be buried in “isolated” sectors controlled by the Kurdish forces.

Kurdish forces retook control of the prison and hundreds of jihadists, including escaped prisoners and attackers, surrendered or were arrested, according to the SOHR.

But dozens of IS members remain entrenched, especially in the northern part of the prison, “difficult to attack from the air or to access by land.”, according to the Observatory.

Shami warned that if they did not surrender, the Kurdish forces would consider a “military” solution.