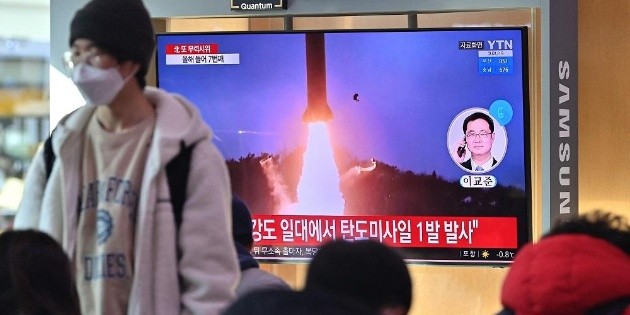 North Korea fired “an unidentified projectile” into the East Sea, also known as the Sea of ​​Japan, on Sunday, the South Korean military said.

This is North Korea’s seventh military test in 2022, which had not carried out so many weapons tests in a month since 2019, just after negotiations between its leader, Kim Jong-un, and then-US President Donald Trump collapsed.

“North Korea fired an unidentified projectile into the East Sea,” South Korea’s Joint Chiefs of Staff said in a statement.

Since the collapse of the talks with Trump, the negotiations between Pyongyang and Washington have been paralyzed and the country It has sunk economically due to international sanctions and a self-imposed foreign blockade to protect the population from the coronavirus.

This week, Pyongyang conducted two missile tests, and has carried out another four this month., including what it defined as hypersonic missiles on January 5 and 11.