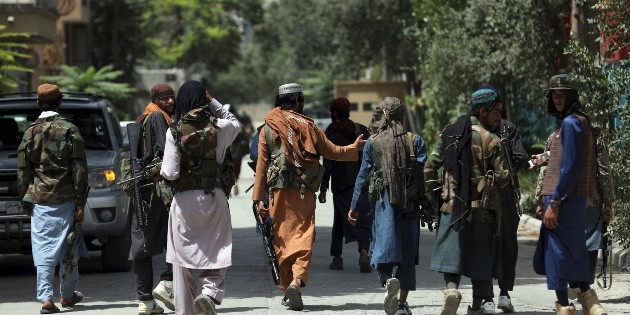 US President Joe Biden on Sunday demanded that the Taliban release Mark Frerichs, kidnapped two years ago in Afghanistan and who is considered the last US hostage in the hands of the insurgent group.

Frerichs, a veteran of the US Armed Forces, was working as a civil engineer on development projects in Afghanistan when he was kidnapped by the Taliban.

In a statement, Biden recalled that tomorrow, Monday, marks two years since the kidnapping and warned the Taliban that there will be no international recognition until Frerichs is released.

“The Taliban must immediately release Mark before they can expect any consideration of their claims to legitimacy. This is non-negotiable,” the US president warned.

Biden mentioned in his statement the family of Frerichs, originally from the state of Illinois, and recalled that they have already lived “two heartbreaking years”, praying for his safety and wondering where and how he is, longing for his return.

This week, the American’s sister, Charlene Cakora, wrote an op-ed in The Washington Post calling on Biden to intercede for her brother and claiming he is the latest American held hostage by the Taliban in Afghanistan.