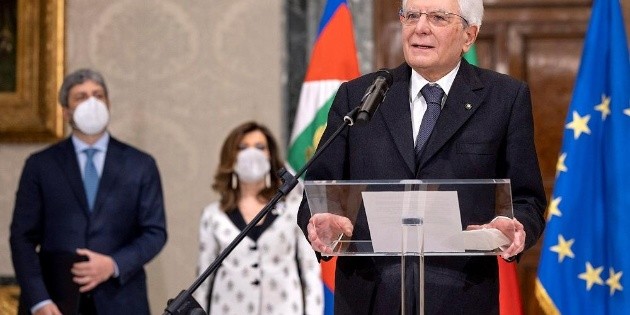 Italian President Sergio Mattarella was re-elected this Saturday by Parliament, after a marathon of votes that revealed the divisions of the government coalition in a crucial period of post-pandemic economic recovery.

Mattarella, 80, He was re-elected for a period of seven years, reaching a large majority of 759 votes out of a total of 1,009 senators, deputies and authorized regional leaders. to participate in the vote.

Mattarella’s re-election guarantees a phase of political stability, and also ensures the retention in office of the Prime Minister, Mario Draghi, who at one point was among the favorites for the presidency.

Draghi, 74, for many was the ideal man for that position, but his eventual transfer to the presidency would have unleashed a serious political crisis given the need to find another head of government supported by the same broad coalition that currently supports him, which it includes all the parties with parliamentary benches, except for the extreme right of the Brothers of Italy.

“This is wonderful news for Italians”, Draghi reacted to Mattarella’s re-election.

Mattarella, who ends his first term on February 3, assured on numerous occasions that he did not want to be re-elected for another seven-year term, but this Saturday, at the request of the parties, he stated that he accepted the blockade in Parliament to appoint his successor.