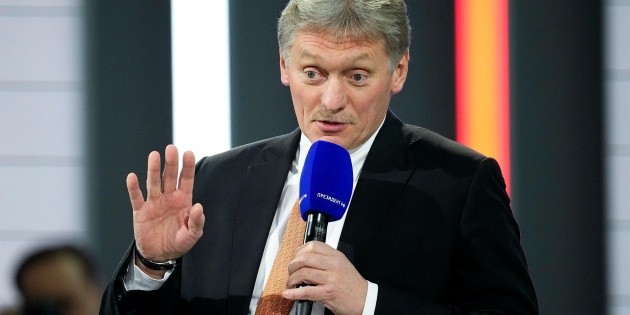 Russia is studying “without optimism” the response of the United States to its security demands, especially regarding its categorical opposition to the expansion of NATO, a reaction on which the outcome of the current military tension with Ukraine will depend.

“There is not much reason for optimism,” Kremlin spokesman Dmitri Peskov said during his daily briefing.

It took more than a month for the West to respond in writing to Moscow’s proposals for security guarantees in the form of binding treaties. Now, Moscow will also take its time, although diplomatic pressure on the Kremlin is mounting.

Meanwhile, the president of the United States, Joe Biden, considers that there is a ‘Clear possibility’ of Russia invading Ukraine in February and communicated this to his Ukrainian counterpart, Volodymyr Zelensky, during a phone call.

The US government also urged China to use its “influence” with Russia to reduce tension over the Ukraine crisis, warning of the “significant” negative effects of a possible conflict on the global economy.

This was stated at a press conference by State Department spokesman Ned Price, commenting on the recent conversation between the head of US diplomacy, Antony Blinken, and his Chinese counterpart, Wang Yi.