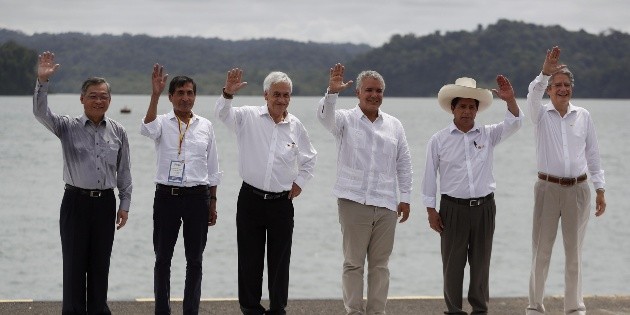 Singapore formalized its entry as an Associated State to the Pacific Alliance, becoming the first country to do so in the 10 years of existence of this mechanism that makes up Chile, Colombia, Mexico and Peru.

The signing of accession took place at the XVI Summit of the Alliance that is held in Bahía Málaga, in the Colombian Pacific, and the ministers of Trade and the foreign ministers of the five countries involved participated in it.

The Prime Minister of Singapore, Lee Hsien Loong, who participated virtually, said that the Southeast Asian country feels “honored” to become the first associated State, while celebrating that “this agreement will strengthen trade and create stronger ties” between nations.

According to official data, the commercial exchange between the four countries of the Pacific Alliance and Singapore was 6.1 billion dollars in 2019, the last year with consolidated figures.

In addition, the Pacific Alliance, signed an agreement with which they seek to position the creative and cultural industries as pillars for their development as a bloc.