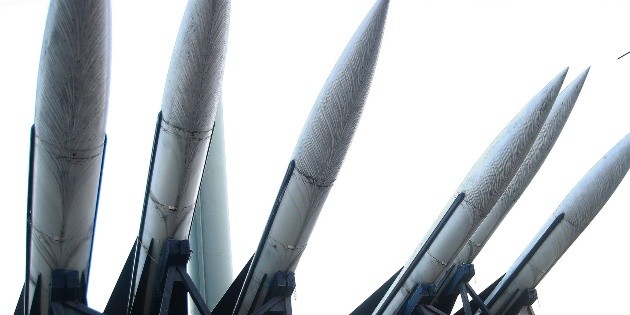 North Korea shot today two apparently short-range ballistic missiles towards the sea of Japan (called the East Sea in the two Koreas), according to the South Korean Army, in what constitutes the sixth test of this type in Pyongyang so far this year.

The Joint Chiefs of Staff (JCS) from South Korear reported that the launch occurred around eight local time from the area of Hamhung, on the east coast of North Korea.

The launch takes place after the regime last Tuesday fired another two apparently cruise projectiles from inside the country, and after other tests carried out in previous weeks that included ballistic and hypersonic missiles.

The JCS noted in a statement that it continues analyzing the movements of the North and the details of the launch.

The missiles did not fall into the waters of the exclusive zone of Japan, according to sources from the Japanese Executive to the state chain NHK, so Tokyo does not consider that the test has posed a threat to its security.

The sixth round of North Korean missile launches so far this year takes place amid deadlocked dialogue on denuclearization between the hermetic regime and the United States.

In this context, Pyongyang threatened on the 20th with a possible resumption of its nuclear and intercontinental ballistic missile tests, stating that it is considering resuming all its “shares temporarily suspended” in defense matters.

The North Korean regime contemplates returning to this type of measure that it decided to suspend unilaterally within the framework of the inter-Korean thaw process, and in response to the “increasingly aggravating hostile actions” of the United States, as decided at a meeting of the highest government body of the country led by Kim Jong-un and collected by the state media.