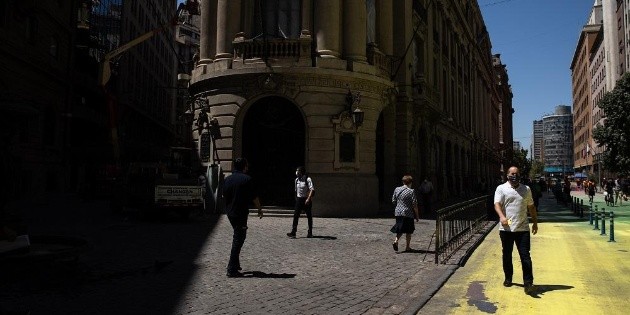 Chile raised the lowest pensions to the poverty line and increased those favored from 60% to 90% of the most vulnerable older adults, after a unanimous vote on Wednesday in the Chamber of Deputies.

The 122 deputies present in the Chamber They approved raising basic pensions, which average 130 thousand pesos, to 185 thousand pesos, amount estimated as the poverty line in the South American country. The senators had approved the project last Monday, also unanimously.

To date, around 1.5 million people over 65 years of age received a pension from the State, a figure that will increase to 2.2 million people belonging to the most vulnerable sectors of the population and most will receive their first increased payment at the end of next February. The remaining 700,000 additional favored people will have it starting in August, said the Minister of Finance, Rodrigo Cerda.

He added that “this is one of the most important (pension) reforms, perhaps of the last 40 years, together with the reform carried out by President (Michelle) Bachelet in 2008″, when the president created a Solidarity Pillar that favored the most vulnerable 60% with pensions.

The project that allowed the increase in the amount and number of beneficiaries, known as Universal Guaranteed Pension (PGU), was presented last December, 10 days before the second round of presidential elections in which deputy Gabriel Boric won with 55.6 % of the votes over the 44% obtained by José Antonio Kast. The elected president has promised to raise the lowest pensions to 250 thousand pesos.