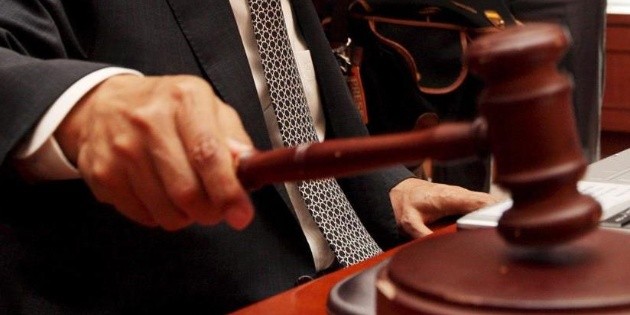 A 16-year-old minor was sentenced this Wednesday in New York to serve a minimum sentence of 14 years in prison (and a maximum of life imprisonment) for the 2019 murder of Tessa Majors, who was stabbed in a park near Barnard University, where she was studying.

The conviction means that the minor You will not be able to ask for benefits in your sentence until you serve a minimum of 14 years, and these could be extended much longer, up to perpetuity, depending on their behavior in prison.

Rashaun Weaver, accused of being the one who wielded the knife with which Majors was stabbed four times, and who was arrested along with two other teenagers in this case, heard his sentence after apologizing to the victim’s family for his act. “selfish” and “immature”, according to the ABC network.

The minor, the last of the three defendants in this death to be sentenced, also told the parents of the 18-year-old student, who were sitting in the front row of the Manhattan court, that “I’d give anything to go back in time so it never happened.”

Majors was stabbed on Dec. 11, 2019, in a botched robbery attempt while walking through Morningside Park, near Barnard College and also Columbia University.

After being attacked in the park, Majors managed to walk up a flight of stairs and out onto the street where a university security guard found her and she was taken to an area hospital where she died of her injuries.

The young woman had recently moved to New York to attend college and on weekends sang in a rock band that had released an album and played its first concert in New York in October, two months before her death.

Shortly after the murder, 13-year-old Zyairr Davis, who police say was also involved in the attack, was arrested and charged with murder, robbery, and criminal possession of a weapon.

The young man would also have confessed that he and his friends went to the park with the idea of ​​carrying out “assaults”. Weaver was arrested in December 2020 and charged with robbery and murder.

A message from the Majors family was read in court before the judge imposed the sentence in which they pointed out that they have no idea “what it is like to fight with three men, all of them larger than her, for more than a minute , escaping twice only to be surrounded and attacked again.”

Another minor accused in this case, Luchiano Lewis, accused as an adult like Weaver, pleaded guilty in September of last year to murder and robbery, charges for which he was sentenced to between nine years and life in prison.

The third defendant, aged 13, and tried as a juvenile, and who also pleaded guilty, was sentenced to 18 months on a robbery charge.