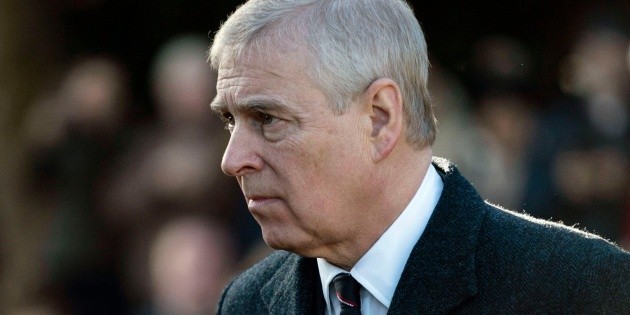 Prince Andrew has ceased to be present on social networks and his profile on the website of the British monarchy has been modified, after a few days ago his mother, Queen Elizabeth II of England, withdrew his military honors for his alleged involvement in a case of sexual abuse of a minor in the United States.

Meanwhile, in his profile on the portal of the Royal House there are only references to the statements in which Buckingham Palace announced that the queen was stripping him of his positions in the Armed Forces and his withdrawal from public life.

After losing his military honors last week, several politicians from the historic city of York have also called for him to relinquish his dukedom.

Prince William, second in line to the throne, declined to respond today, during a public event, to a journalist’s question about whether he supported his uncle..

In a civil proceeding in New York, the American Virginia Giuffre has accused the Duke of York of having abused her when she was 17 years old, through the prince’s friend Ghislaine Maxwell, convicted of sex trafficking, and her former lover, businessman Jeffrey Epstein, who committed suicide in prison after being charged.

The second son of Elizabeth II has denied the accusations, but must defend himself in the United States, or reach an out-of-court settlement, after the court refused to dismiss the case.

The British press is publishing today that a woman named Shukri Walker who claims to have seen Andrés with Giuffre at the London club Tramp in 2001 is willing to testify against him.