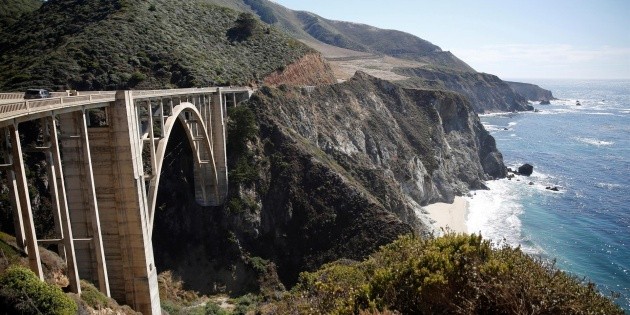 The tsunami that was caused by the eruption of an underwater volcano in Tonga reached the American continent and this Saturday hit the west coast of the United States and Canada, with waves that at least one case exceeded one meter in height and caused minor flooding in part of California.

“A tsunami is occurring along the coast of Alaska, British Columbia (Canadian) and the west coast of the United States,” he said shortly before 11:00 a.m. in that area (19:00 GMT). the US Tsunami Warning Service on its official Twitter account.

The waves recorded so far range from 7 centimeters in Alameda (California) to 24 centimeters in Port San Luis, about 300 kilometers north of Los Angeles, in the same state, according to that service belonging to the National Office of Oceanic and Atmospheric Administration (NOAA).

The impact took place despite the fact that the Californian coast is located almost 8,700 kilometers from the island nation of Tonga, in the South Pacific.where the volcanic eruption occurred.

The tsunami caused “a slight flood” in the port of Santa Cruz (California), where the beaches were closed and people were evacuated of commercial areas near the coast, although no one was forced to leave their home, city manager Elizabeth Smith told CNN.

There was also “flooding to the parking area” near the beach in Port San Luis, where the highest waves were recorded, the Los Angeles division of the National Weather Service (NWS) said in a tweet.

In Berkeley, California, some 110 people were evacuated from ships and docks in the coastal area, according to local media Berkeleyside; and most of the beaches in the south of the state were closed due to the alert.

“Do not go near the coast to observe the tsunami,” the Warning Service of Tsunami.

said service removed tsunami warning for Hawaii hours after it was issued, after verifying that there had been no waves of that magnitude in those US Pacific islands.

Instead, NOAA kept the tsunami advisory in effect for the states of California, Oregon, Washington and Alaska, as well as Canada’s British Columbia.