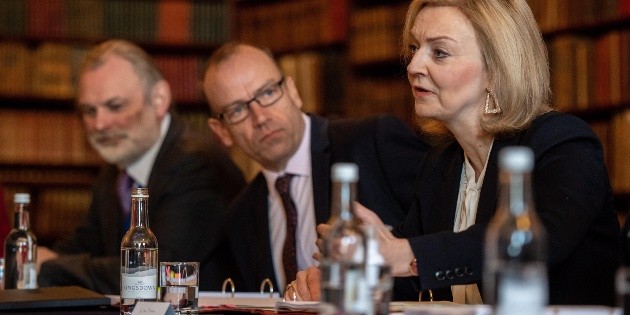 The United Kingdom and the European Union (EU) agreed to “intensify” contacts to unblock the negotiation on the complicated status postbrexit from Northern Ireland, after a first “cordial” face-to-face meeting between the main negotiators.

Seeking to resolve a conflict that creates strong tensions between London and Brussels, threatening to turn into a trade war, the head of British diplomacy Liz Truss received the Vice President of the European Commission, Maros Sefcovic, in the sumptuous Chevening mansion, a country residence of foreign ministers outside London.

“The meeting took place in a cordial atmosphere,” they said in a joint statement.

“They agreed that those responsible will meet next week to intensify discussions,” they added, specifying that they plan to meet in person on January 24 and that they “share the desire for a positive relationship between the EU and the United Kingdom.”

This statement contrasts with those issued at the end of previous discussions, during which London insisted on the persistence of major differences and renewed its threat to suspend part of the controversial Northern Ireland protocol.