After reactivation, the Siemensbahn in Spandau could be extended beyond the Havel to Hakenfelde.

The 800 meter long steel viaduct of the Siemensbahn, which is to be reintroduced.

This was the result of a technical feasibility study by the Berlin-Brandenburg transport association. It includes three route variants with stops in Gartenfeld, the water town of Oberhavel and in Hakenfelde. Elevated railways, sections in troughs and tunnels are all possible.

The variants with bored tunnels are likely to be associated with high costs, announced the VBB. In the further planning, a tram connection between the former Tegel airport and the Spandau town hall should also be examined. “This will enable a balanced consideration of the means of transport to be implemented,” explained the VBB.

Siemensbahn is to be reactivated after 40 years

The state of Berlin wants to reactivate the Siemensbahn in the north-west of the city after more than 40 years. The process was accelerated by Siemens’ announcement that it would invest up to 600 million euros in its location on the route by 2030. A campus for research, production and living is planned. Most recently, the first construction phase was aimed at putting the railway into operation by 2029. The feasibility study that has now been submitted concerns the second section, which would have to be rebuilt. 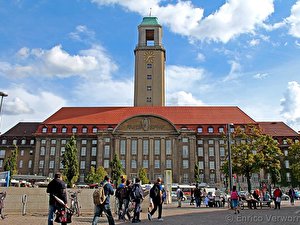 Berlin-Spandau in detail: news, events, addresses and tips about the city in the city. more