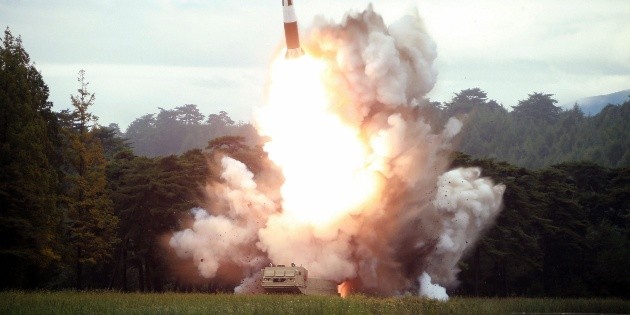 The US aviation regulator (FAA) indicated on Tuesday that the activities of different airports were suspended on the west coast after the launch of a new missile in North Korea.

“As a precaution, the FAA temporarily suspended all departures from some airports on the west coast on Monday night, “the traffic regulation agency said in a statement. “Operations were normally resumed 15 minutes later.”

The statement did not mention Pyongyang’s missile launch, however Jen Psaki, the White House spokesperson acknowledged implicitly that the events are related, when at a press conference he was asked about the launch of these missiles, the FAA “he did it as a precaution” and “will review its procedures,” he added.

The suspension occurred minutes after the launch in North Korea, which took place at 12:27 p.m. on the west coast of the United States.

What is known about the North Korean missile

According to the South Korean army, the “alleged ballistic missile” traveled approximately 700 kilometers at an altitude of 60 kilometers, it was recorded with a hypersonic speed before falling into the sea.

In one of them you can hear how a pilot is asked to land by “A matter of national security.”

A spokesman for the United States and Canada Air Safety Military Command (norad) told the media that the army did not issue any alerts after the North Korean shooting.

“As far as we are concerned, the missile launch has been detected and it was assessed not to pose a threat to the United States and Canada “the spokesman said. “Therefore, no alert has been issued.”

In the US it has high the level of alert since North Korea demonstrated the ability to launch ballistic missiles toward the United States.

On January 13, 2018, a false alert ballistic missile that caused panic in hawaii well the inhabitants received through their mobile phones an alert with instructions to take refuge immediately.