By researching cultural participation, Berlin is focusing on ways to potential visitors who have not or rarely gone to museums so far. The facilities are usually considered to be crowd pullers. But who doesn’t come to art and exhibitions?

The Old National Gallery on Museum Island in Berlin.

Free Museum Sunday has existed in Berlin since 2021

“We have started various forms of opening up the cultural institutions,” said Senator for Culture Klaus Lederer of the German Press Agency in Berlin. This includes, for example, the establishment of free Sundays once a month.

The free Sundays are to be continued in 2022 and 2023. This was announced by those responsible on Tuesday (January 11, 2022). Around 155,000 visitors came to the six days of this type so far. The number of participating museums has risen to 64 since the beginning of July. The Berlin Humboldt Forum, a prestige object of national culture, is also taking part with the special exhibitions that are otherwise chargeable.

“New formats have emerged on the houses”

The museums should offer a diverse program of events in order to make the spectrum of culture, religion, history, nature and technology tangible, it said. “New formats have emerged on the houses. In the conception, accessibility, fun, multilingualism and the transfer of knowledge play just as important a role as the invitation to become active yourself, ”reported Christine van Haaren, Head of Education and Outreach at the Berlinische Galerie.

Many first-time visitors to Museum Sunday

According to initial evaluations by the institute, nine out of ten respondents found the initiative very good. For three quarters, the free admission was the impetus to come to the museum that day. Most of them visited the museum for the first time on the free day. Comprehensive results of the study have been announced for the summer.

Lederer: Museums make such people curious and invite them

“We want to expand specific offers for underrepresented groups,” said the left-wing politician. «For the dissemination of perspectives in a society that is becoming more diverse, the program, staff and audience are a key factor in making such facilities accessible to a larger audience: I only go there when I have the feeling that I am in these facilities find again. ” From Lederer’s point of view, this includes the question of which stories can be told in the houses “to arouse curiosity and invite people”.

“We don’t want any mandatory visits”

Lederer emphasized: “We do not want any mandatory visits, that would not be in the spirit of the inventor and would also not serve the purpose.” He referred to the work of the Institute for Cultural Participation Research. Initial studies there have shown that education, age and finances are among the strongest influencing factors for cultural participation. The institute, which is unique in Germany, can help cultural institutions with the interpretation of data, “in order to then reflect on their own perception and their own audience – including what may be missing – and come up with new ideas and structures.” 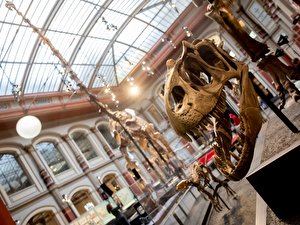 Free to the Pergamon Museum, the Museum of Natural History or the Alte Nationalgalerie: once a month, numerous top-class Berlin museums open their doors. more 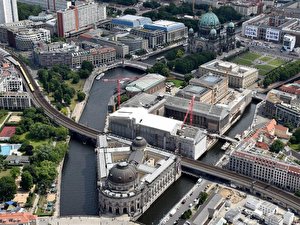