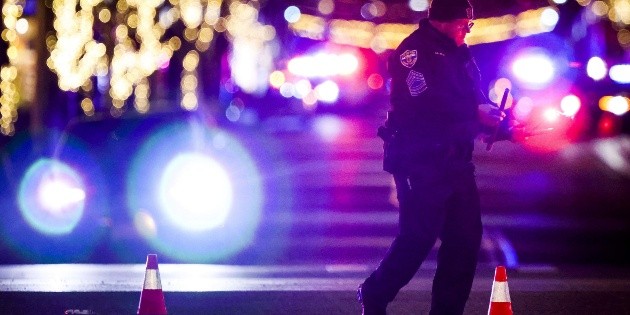 Police reported this morning that an armed individual killed 4 people and wounded an officer in the Denver area. The suspect was also killed in the shooting.

During a news conference, Denver Police Chief Paul Pazen reported that the shootings began shortly after 5 p.m. in downtown Denver, where two women died and a man was injured.

Shortly after, a man was fatally shot several blocks awayPazen said. During that chase, police officers exchanged gunfire with a suspect. The individual then fled to the nearby town of Lakewood, Pazen added.

Just before 6 p.m., the Lakewood Police Department received a report of shots being fired at a business, said John Romero, a spokesman for that department.

Subsequently, a victim of a gunshot was found and pronounced dead at the sceneRomero said. Officers identified the car and the suspect in the shooting.

Romero added that when officers found the car, the gunman opened fire and the officers responded. The attacker then fled on foot to a Hyatt hotel, where he is believed to have shot an employee. Too shot and wounded a Lakewood police officer after leaving the hotel.

Subsequently, the suspect was shot in Lakewood and pronounced dead at the siteRomero said.