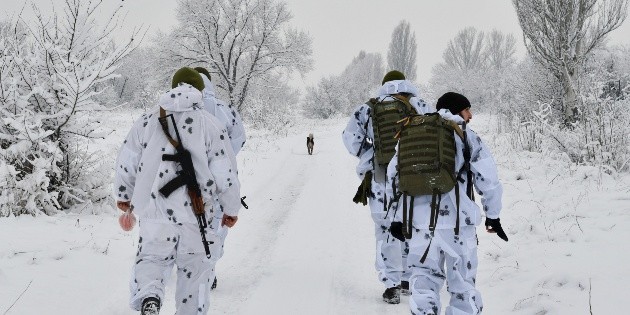 Russian Foreign Minister Sergey Lavrov said that the West could provoke an armed conflict in Ukraine and then accuse Russia of it and impose new sanctions that affect its economy.

“I do not rule out that it is the simple desire to stir up militaristic spirits, to mount a small war, then blame ourselves and implement new sanctions to reduce our competitive capabilities”Lavrov said in an interview published on a Russian official YouTube channel.

The Foreign Minister, who has reiterated on several occasions that the concentration of Russian troops in the vicinity of Ukraine is not aggressive, denounced that the West has sent large quantities of weapons to Ukraine since 2014 for more than 2.5 billion dollars.

Noted that Proposals to implement preventive sanctions are already being heard in the European Union, and then lift them if the Russian invasion of Ukraine, announced by Washington Y Kiev by early 2022, it will not occur.

Sanctions, he said, would be maintained in any case, to continue putting pressure on Russia.

“Could we become a besieged plaza? I am convinced that this does not figure at all in the plans of the Russian Government (…) Our way of life and our convictions will not change just because the West is angry ”, He said.

Assured that there are some European countries, which he described as “irrational”, that push the West to implement new coercive measures against Russia, and he warned that they will be answered.