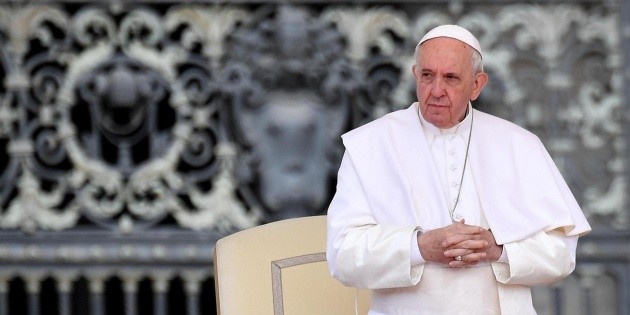 Pope francis sent a message for the day of the Holy Innocents, and denounced those who “Tear innocence” of children with wars, abuse and slavery, referring to them as the “new Herods.”

“The new Herods of our day tear the innocence of children under the weight of slave labor, prostitution and exploitation, of wars and forced emigration “the pope wrote on his Twitter profiles, in nine languages.

The Catholic leader asked his followers to pray together for these children and “Defend them.”

The new Herods of our day tear apart the innocence of children under the weight of slave labor, prostitution and exploitation, wars and forced emigration. #Let’s pray together today for these children and defend them. #Innocent saints


Francis called for childhood in the message that precedes the Urbi et Orbi blessing on Christmas Day, especially to children affected by wars, for example that of Yemen, where it generates “an enormous tragedy forgotten by all”.

On the call, he asked the world “offer hope to children and adolescent victims of intimidation and abuse “.

Due to the consequent abuses, both power and sexual by the clergy, the Pope reinforced the legislation by reforming Book VI of the Code of Canon Law, establishing these crimes as “against the dignity of persons”.