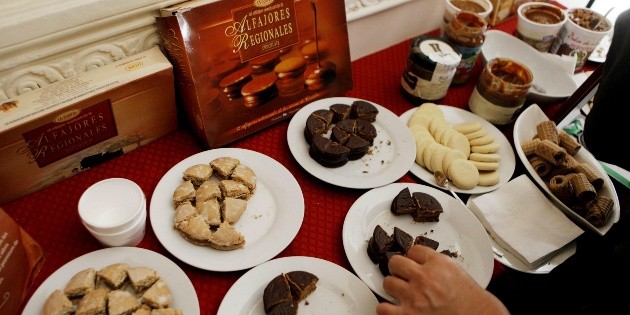 An April Fool’s Day joke cost the company dearly Havanna, the traditional brand of alfajores in Argentina, which in addition to apologizing must send its followers an unknown number of boxes with its products.

In the morning, Havanna He posted a message on his Twitter account that said: “For those who asked! If you did not receive a Christmas box at work, leave us your CUIL (Unique Labor Identification Code) and we will send you a Havanna Box.”

The response was massive. Hundreds of Argentines immediately sent their CUILs in public or direct messages to the company.

However, at 12:21, Havanna posted another tweet, revealing that the offer was nothing more than an April Fool’s Day joke.

“Happy April Fools Day! Seriously now. Among those who participated, we are going to raffle 5 boxes!”.

The joke was not well received by users. Most complained about the joke, but some went further, like the site Right in Slippers, which is dedicated to advising people on legal issues.

“Promotions are binding. Whoever leaves CUIL should send a published offer (law 2440), “he tweeted, alluding to the law known as” Consumer Defense. “

Others even questioned that people’s CUIL was requested through a social network.

Havanna became a trend on the net. Finally, the company had to go out and apologize in a statement also published on Twitter.

“First of all, we want to apologize –without mitigating– to all our followers and consumers for a raffle that was poorly planned. There is no other excuse or explanation. “

And before the threat of lawsuits, he reported that “to all those who have sent their CUIL as the tweet said, both publicly and privately before our notice that it was a post about the Day of the Innocents, that is to say, between 9:54 and 12:21, we will send you a box with Havanna products. “And he reiterated his” sincere apologies. “

It is unknown how many people will benefit from the shipment.