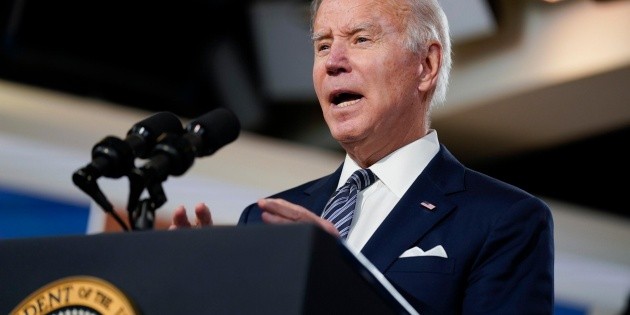 United States President Joe Biden spoke about the mobilization of Russian troops on the border with Ukraine in his first telephone conversation with Olaf Scholz since he became the new chancellor of Germany.

The White House reported in a statement the phone call between the two leaders, who spoke about how to work together on a “wide range of global challenges”, including “the escalation of Russian forces surrounding Ukraine.”

They also discussed their “continued efforts” to end the COVID-19 pandemic and how to counter the “threat” posed by climate change.

Is about the first phone call between the two leaders dince Scholz took office as the new chancellor on December 8.

In the call, Biden took the opportunity to congratulate him on his appointment and the formation of a coalition with the Social Democrats, Greens and Liberals.

Likewise, the US president reaffirmed his support for a “robust” relationship between Washington and Berlin and expressed his desire to “further strengthen this cooperative transatlantic relationship in the coming years.”