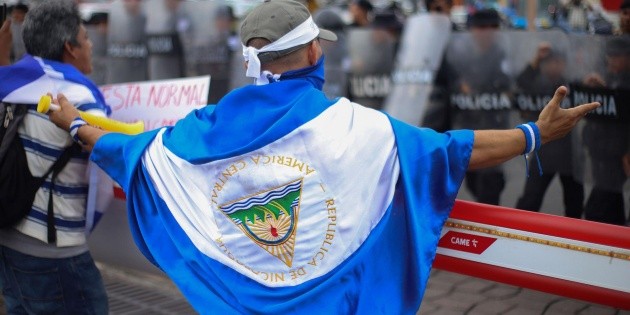 The Nicaraguan government announced on Thursday that it decided to break relations with Taiwan and pointed out that the People’s Republic of China “is the only legitimate government” that represents that country.

In a statement by the Foreign Ministry read by the Foreign Minister, Denis Moncada, before the official media, the government assured that As of this day, he ceases to have contact or official relationship with Taipei, whose authorities maintained an active cooperation with Nicaragua since the early 1990s.

“Nicaragua breaks diplomatic relations with Taiwan as of today and ceases to have any official contact or relationship,” added an official statement.

The Nicaraguan government established diplomatic relations with Taiwan and withdrew from China during the 1990s, when President Violeta Chamorro assumed power after defeating Daniel Ortega’s Sandinista regime at the polls.

Ortega, who has just been re-elected for a fourth consecutive presidential term, It had maintained close cooperative ties with Taipei since its return to government in 2007.

Taiwan regretted the severance of diplomatic relations with Nicaragua and the “contempt” for the long friendship between the two peoples by the Government of Daniel Ortega, which decided to recognize the territorial principle of “one China” that Beijing defends.

“A long friendship and successful cooperation that benefited both peoples were despised by the Ortega government. Taiwan remains unbending and will continue to be a force for good in the world,” the Taiwanese Foreign Ministry said on its official Twitter account.