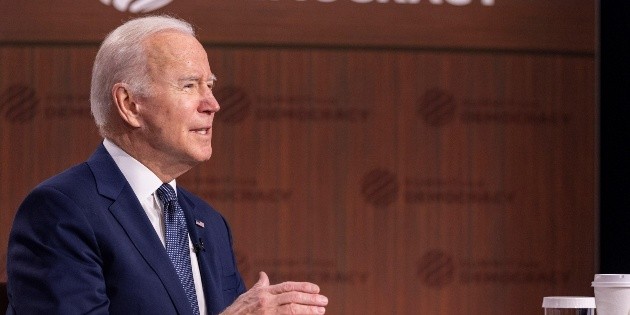 Democracy faces “continuing and alarming challenges” around the world, US President Joe Biden said yesterday, hosting a summit on democracy in which he generated controversy by not inviting China and Russia, or eight Latin American countries.

Biden, who took office in January amid America’s biggest political crisis in decades, said trends “are pointing largely in the wrong direction” and that “more than ever, democracy needs champions.”

“We are at a turning point,” said the Democratic leader. “Will we allow the decline in rights and democracy to continue rampant?”

For the White House, the summit, which is held by videoconference due to the COVID-19 pandemic, embodies the leadership of the United States in an existential struggle between democracies and dictatorships or autocracies. “Countries in practically all regions of the world have experienced degrees of democratic backsliding,” said Uzra Zeya, Undersecretary of State for Civil Security, Democracy and Human Rights.

China and Russia, considered autocracies by Biden, were deliberately left out, which according to these countries fuels an “ideological gap.”

It generates controversy that not everyone participates

Representatives of 100 governments participate, as well as NGOs, companies and philanthropic organizations; there are tensions arising from the guest list.