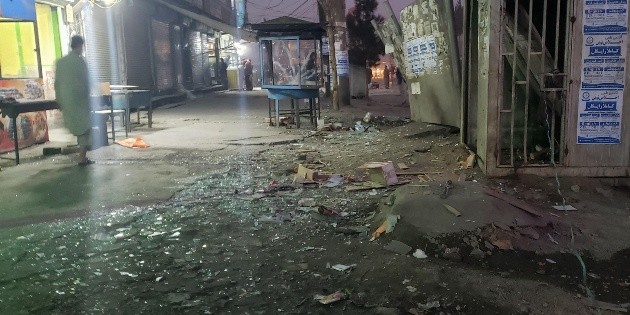 Two people died and four were injured Friday by the explosion of two bombs in western Afghanistan’s capital, Kabul, in an attack claimed by the Islamic State (EI), officials of the Taliban.

The attacks were claimed by the EI-K, the Afghan branch of the Islamic State, According to a statement released by the SITE Intelligence Group, an organization that monitors Islamist websites.

According EI-K, dozens of people were killed or wounded in three separate attacks against buses carrying Shia in different parts of the capital. The figure could not be confirmed nor denied by independent sources.

A few hours earlier, the Taliban had reported the explosion of a bomb in a minibus in Dasht e Barchi district of Kabul.

“Two civilians were killed and three others wounded,” said the press spokesman of the Ministry of the Interior Taliban, Sayed Khosti.

“In another blast in the same area, a woman was injured”He added, indicating that the second outbreak was also due to a pump.