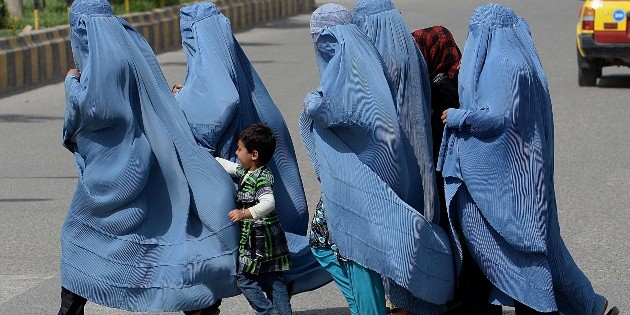 This Friday, the Taliban decreed a ban on the forced marriage of women in Afghanistan, a measure whose apparent intention is to address criteria that the international community considers a condition for recognizing his government and restore aid to the war-torn country.

The move was announced by Taliban chief Hibatullah Akhunzada, a cleric chosen as the supreme leader of the group believed to be in the southern city of Kandahar. The move comes at a time when poverty is on the rise in Afghanistan after the Taliban took control in August amid the withdrawal of US and NATO troops. Since then, foreign governments have suspended funds that had supported the economy.

“Both (women and men) have to be equal”, says the decree and “No one can force women to marry by coercion or pressure.” Women’s rights have drastically improved in the last two decades of international presence in Afghanistan, but are considered under threat with the return of the Taliban who, during their previous rule in the 1990s he practically confined women, banned them from public life and access to education.

The forced marriages have become common in poor and conservative countries, as internally displaced people frequently marry off their young daughters in exchange for a dowry that can be used to pay off debts and feed their families.

The decree did not mention a minimum age for marriage, previously established at 16 years of age.

For decades, women in Afghanistan were treated as property, as a bargaining chip to pay for blood money or to end tribal feuds or feuds. The Taliban now claim they oppose the practice. It also indicates that A widow can now remarry 17 weeks after the death of her spouse, with the freedom to choose her husband.

Long-established tribal traditions dictated that a widow marry one of her husband’s brothers or relatives.

The Taliban leadership said it ordered the Afghan courts to treat women fairly, especially widows seeking inheritance because they are the closest relative. The group also said it asked government ministers to spread awareness of women’s rights among the population.

Thousands of young women still do not have the right to attend school high school and a majority of women they have been prohibited from returning to work since the Taliban took control.