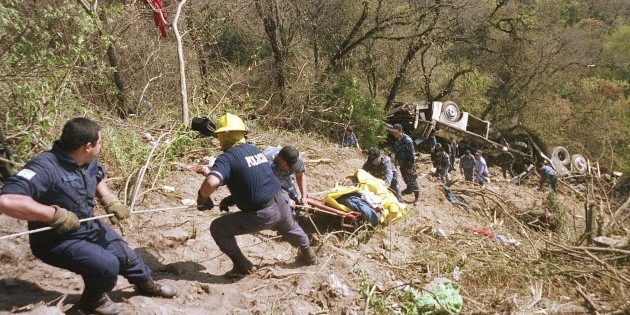 At least 10 people died, including a child, and seven others were injured on Monday after a minibus fell off a cliff on a remote route in Peru’s northern jungle, firefighters reported.

The passenger vehicle fell into the abyss on Monday morning while covering the route between the cities of Chachapoyas and Moyobamba in the Amazon region, a thousand kilometers north of Lima, the same one that on Sunday was the epicenter of a 7.5 magnitude earthquake.

“Company 101 from Chachapoyas came to the rescue of a van that has fallen 300 meters into the abyss. Seven seriously injured people and ten dead have been rescued,” firefighter Joicer Tejada told RPP radio.

The accident occurred at kilometer 637 of the Fernando Belaúnde Terry highway. Among the dead are two doctors and a child, the station said.