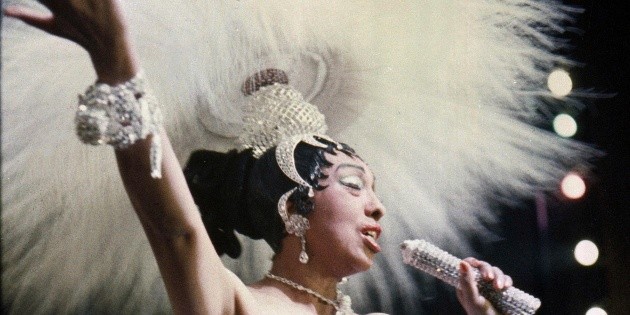 The artist Joséphine Baker, a figure in the resistance against the Nazi occupation and the anti-racist struggle, will become the first black woman to access the temple of the “immortals” of France for her life in pursuit of “freedom and justice.” .

“Born American and having chosen France, through her commitments and struggles, Joséphine Baker has kept the currency of the French Republic high. On November 30, 2021, she will enter the Pantheon,” President Emmanuel Macron announced in August.

The “Venus of Ebony” was born on June 3, 1906 in Saint Louis (United States) as Freda Josephine McDonald’s and, despite having grown up in poverty and segregation and having already married twice at the age of 15, managed to take the reins of a unique life.

Baker, who rose to stardom in France for his magazine issues during the “Mad Years” playing with colonial ghosts, took advantage of this fame to work as a counterintelligence agent for General Charles De Gaulle during the Nazi occupation.

And, after the Second World War, he joined the anti-racist fight, being the only woman to make a speech next to Martin Luther King on August 28, 1963, during a civil rights march in Washington.

The ceremony on Tuesday, in the secular temple located in the heart of the Latin Quarter of Paris, will review multiple aspects of his “incredible life”, all of it “situated under the sign of the search for freedom and justice”, according to the French presidency .

“France has made me what I am and I will be eternally grateful,” said the music-hall artist, who also embodied her values ​​by adopting 12 children from different parts of the world and forming her “rainbow tribe” in the castle of Milandes (to the South).

Joséphine Baker, who already received the French Legion of Honor and the War Cross, will become the sixth woman to become “immortal”, like physics Marie Curie in 1995 and the architect of the abortion law in France Simone Veil in 2018.

The “pantheonization” ceremony will begin at 5:30 pm (local time) before hundreds of people, 46 years after his death on April 12, 1975 in Paris, three days after having celebrated his golden anniversary in the stages.

As tradition marks, the military will transport his coffin, which will not, however, contain his remains, but rather the land of Saint Louis, Paris, the castle of Milandes and Monaco, where he lived his last days and where his body will continue to rest.

With the entry of this atypical artist into the Pantheon, reserved almost exclusively for men – politicians, war heroes or writers – Macron breaks with the usual profile of the “immortal”, less than five months before the presidential election.

And while Baker’s election connects with recent struggles for greater visibility and advocacy for black people and women in the public sphere, the Elysee assured that there is no political message behind it.

“There was really a very broad consensus around this pantheonization,” said one counselor. Uncommon in a polarized electoral campaign, from left to extreme right, the different candidates praised the figure of Baker.

Nevertheless, some militants anti-racists they reproach him for his support of French colonial policy. “He always refused to criticize France, believing that he could not criticize the country that allowed him to be free,” according to historian Pascal Blanchard.

“Our mother served the country. She is an example of republican and humanist values,” but “she always said: ‘I only did what was normal,'” explained her eldest son, Akio Bouillon. The dancer obtained French nationality in 1937.