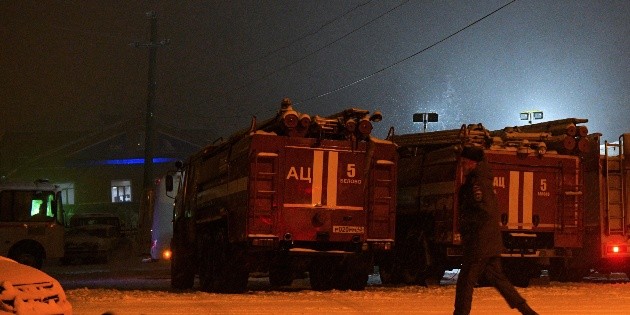 Rescue teams found a survivor in a Siberian coal mine where a devastating methane explosion would have killed dozens of workers, a senior local official said yesterday.

The survivor was found in the Listvyazhnaya mine, in southwestern Siberia, and “is being transferred to hospital,” explained Sergei Tsivilyov, governor of Kemerovo, the region where the mine is located, in a message on the Telegram messaging application. Acting Emergency Minister Alexander Chupriyan noted that the man found in the mine was a lifeguard who had been presumed dead.

Authorities had confirmed 14 deaths on Thursday, 11 miners found dead and three rescuers who later lost their lives while searching for several people trapped in a difficult-to-access part of the facility. Yesterday morning six more bodies were recovered, and another 31 people were still missing.

Governor Tsivilyov said that, at this point, it was highly unlikely to find more survivors.

Hours after a methane gas explosion and subsequent fire filled the mine with toxic gases Thursday, rescuers found 14 bodies but were forced to suspend the search due to a build-up of methane and carbon monoxide from the fire. . Another 239 people were rescued. Of them, as of yesterday morning, 63 had required medical assistance, according to Kemerovo officials.

Death toll rises to 52 in Russian coal mine accident

Emergency officials had ruled out finding more people alive, state news agencies Tass and RIA-Novosti reported the day before. This appears to be the worst mining tragedy in Russia since 2010, when two methane explosions and a fire killed 91 people at the Raspadskaya mine.