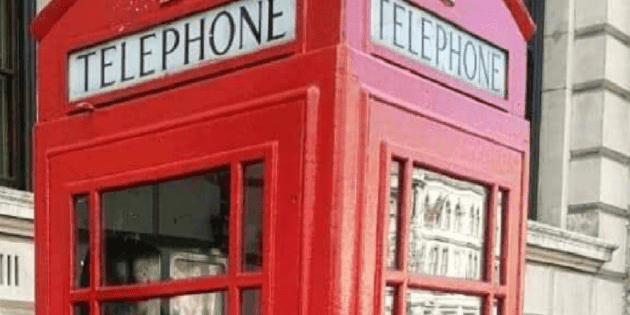 Thousands of British phone booths that should disappear due to lack of use due to the generalization of cell phones, will finally be kept especially in rural areas, the telecommunications authority announced Tuesday.

Before omnipresent, the famous public booths have been reduced to only 21 thousand in the entire country, while more than 96% of the population has a mobile phone.

The BT operator is evaluating those that are no longer useful and will be withdrawn from service.

The regulator, Ofcom, announced Tuesday new rules that should protect “around five thousand phone booths in the UK“.

These will be maintained if your location is not covered by the four mobile telephone networks, if more than 52 calls have been made in the last 12 months (that is a weekly call on average at least) or if exceptional circumstances justify their maintenance.

If the booth is located in a place where accidents O suicide attempts, will also remain.

On November 9, 1880, the British architect Giles Gilbert Scott was born in London. We owe him the design of the typical red English telephone boxes. pic.twitter.com/9JeDdbhUEX


“Some of the phone booths that we plan to protect are used to make a relatively small number of calls. But if one of these calls is from a child in distress, an accident victim, or a person who wants to commit suicide, this public phone line can serve as a lifeline in a time of great need“, justified Selina Chadha, director of connectivity of Ofcom in a statement.

“We also want to make sure that people without mobile coverage, often in rural areas, can always make calls. At the same time, we plan to equip the new phone booths with free Wi-Fi and chargers.”

Other of the mythical red cabins will have a second life. In recent years, more than 6,000 phone booths have been turned into mini-libraries, defibrillators, and ATMs.