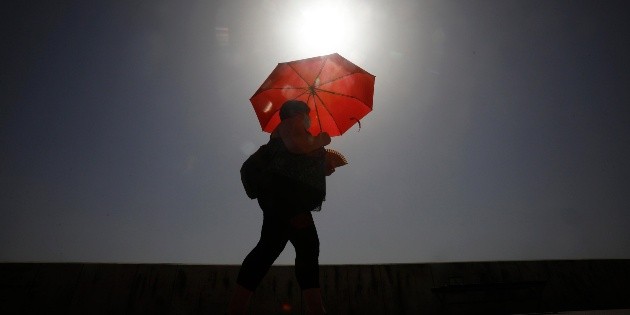 The planet is heading “at least” to a rise in temperatures of 2.4 degrees Celsius at the end of the century with respect to pre-industrial values, far from the maximum of 2 degrees set out in the Paris Agreement and even more so from the limit of 1.5 degrees Celsius at which aspires the UN, according to the estimate of the scientific platform Climate Action Tracker.

“Glasgow has a huge credibility, action and commitment gap as the world is heading for at least 2.4 ° C warming, if not more.”, according to the report published this Tuesday, in the final stretch of the COP26 climate negotiations that will be held until Friday in that Scottish city.

The short-term “gap” between what is necessary and what is projected for the end of this decade has been reduced “by only 15 – 17% during the last year”, which implies that “only with the promises of 2030, without objectives in the longer term, the global temperature rise will be 2.4 ° C by 2100, “the report states.

Could be even worse

The study adds that with current policies, not with the proposals yet to materialize, the increase at the end of the century “is even greater” and would reach 2.7 ºC “with only an improvement of 0.2 ºC during the last year and almost one degree per cent. on top of the net zero announcements that governments have made. “

With the commitments announced since last April, the long-term objectives would reduce the increase in temperatures by 0.3 ºC, to 2.1 degrees at the end of the century.

This is “mainly” due to the inclusion of net zero emissions targets by the US and China, now formalized in their long-term strategies presented to the United Nations Framework Convention on Climate Change.

The best scenario is bad too

If all the promises and commitments of net zero emissions were fulfilled by 2050, the report adds, an increase of 1.8 ° C could be reached by the end of the century, an estimate that “is far from being positive news.”

“This ‘optimistic’ path is very far from the 1.5 ° C limit,” says the report, which recalls that the Paris Agreement committed to a maximum warming of 1.9 degrees, with the aim of limiting it to one and a half degrees.

“There is a gap of almost one degree between the government’s current policies and its net zero targets,” says Climate Analytics CEO Bill Hare, one of Climate Action Tracker’s two partner organizations, in the report.

But Climate Action Tracker’s analysis of 40 countries, which cover 85% of emissions, finds that “only a small amount” is rated as “acceptable” and provides roadmaps to achieve the goal.

Experts noted that “inaction” is essentially driven by gas and coal, calling for coal to be “out of the energy sector by 2030 in OECD (countries), and globally by 2040.”

They also pointed out that the major consumers of coal – China, India, Indonesia and Vietnam – cannot substitute gas for it, as the gas industry claims.