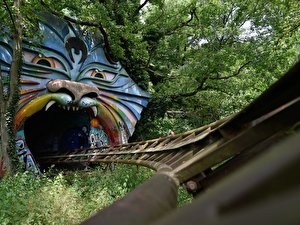 Mobile mini-houses are intended to boost tourism in three Berlin districts. VisitBerlin is handing over the keys for the mini pavilions to the districts of Lichtenberg, Steglitz-Zehlendorf and Tempelhof-Schöneberg this Wednesday (November 3, 2021), as the marketing agency announced.

According to the information, the so-called tiny houses can be used for events or as temporary tourist information. In the Schöneberg district, one of the houses is to be used for the night mayor project around Nollendorfplatz.

In the area around Nollendorfplatz with numerous pubs of the gay scene and many tourists, especially in the evening and at night, homosexual attacks as well as thefts and assaults happen again and again. There are also conflicts with the residents because of the noise of the partying people. The team of “night mayors” as well as neighborhood strips called “night lights” are supposed to work preventively. They are the point of contact and mediate, for example, in the event of a conflict on the street.

The districts had applied for the cottages. According to VisitBerlin, these have already been used in different districts on different occasions. The boroughs could rent them for free. Now the mini-houses are to remain permanently in the three districts that have prevailed with their concepts. The exact location of the tiny houses in Lichtenberg and Steglitz-Zehlendorf will be announced on Wednesday.

Districts in Berlin with maps, photos and descriptions