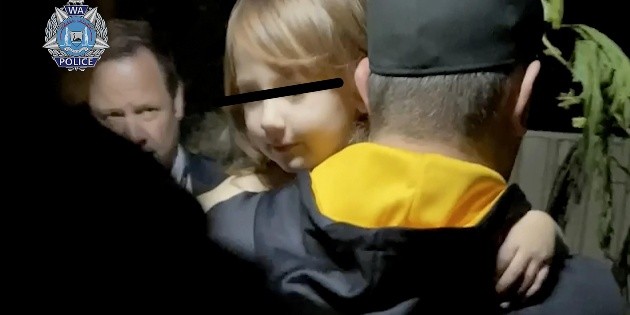 Australian Police found this Wednesday alive and locked in a house to a four-year-old girl who disappeared on October 16 when she was with her family in a campsite.

The girl, Cleo Smith, was found in a locked house in the town of Carnarvon, about three kilometers from where the minor lives with her family and about 75 kilometers from the place where she disappeared.

Four officers broke into the house around 1 a.m. local time and found the minor alone in one of the rooms.

A million dollars for clues about missing girl in Australia

“I wanted to be absolutely sure it was her. I said, ‘What’s your name?’ She didn’t answer. I asked her three times and then she looked at me and said, ‘my name is Cleo,'” the policeman told the media. Cameron Blaine, who found the youngest.

The rescue, which according to the authorities was based on the analysis of thousands of information and not on a specific call or clue, happened without the police having time to notify the girl’s relatives.

After saving the little girl, an agent called the mother of Cleo, Ellie Smith, and said: “there is someone who wants to talk to you“.

The rescue of the minor alive was rated by the criminologist Xanthe Mallett like a “miracle” since, as he explained to channel 9 of the local television, “it is highly unusual to find a kidnapped girl alive and well after such a long time.”

DETAINED, NO LINK TO THE FAMILY

Shortly after finding the little girl, the police detained a 36-year-old man with no connection to Cleo’s family.

The authorities continue to question the Carnarvon resident, although they prefer to be cautious with this case that was compared in the oceanic country with the disappearance of the British girl Madeleine McCann when she was in Portugal in 2007 with her parents.