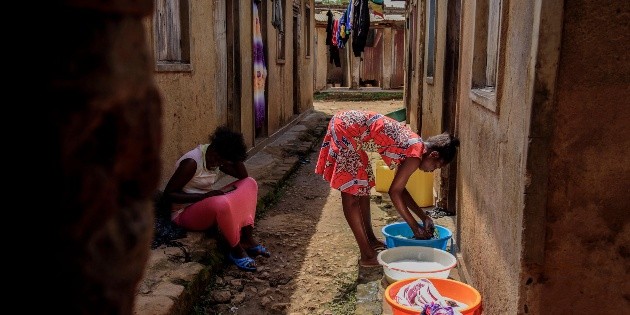 Dressed in his school uniform Mathias Okwako jumped into a mud puddle and began his daily search for gold., a luxury that could be much more within your reach than another precious resource: education.

His rural school in Uganda sits idle by a road across from which is a swamp, and now he and scores of other children work there as informal miners. Grass grows in some of the classrooms, from which window frames have been looted for use as firewood. A short distance from there, another school rents its classrooms as rooms.

Schools in Uganda have been closed, either fully or partially, for more than 77 weeks due to the coronavirus pandemic, the longest closure in the world, according to figures from the United Nations agency for culture.

And unlike many other parts of the world, where classes have gone virtual, most public schools – where the vast majority of children in this East African nation are taught – they lacked the ability to offer teaching via the Internet.

During the break, some students got married. Others deal with unwanted pregnancies. Still others, like 17-year-old Okwako, found work.

The pandemic has manufactured “outcasts,” a lost generation of students who are now fighting “a battle to see how to fit in,” said Moses Mangeni, a local government official in Busia, where Okwako lives.

Attempts to control the spread of COVID-19 have disrupted the lives of children in every corner of the globe, putting pressure on their parents, complicating the care given to them and often removing their safety nets. And perhaps even more important, he has turned his education into chaos.

The result is “the largest global education emergency of our era,” according to humanitarian aid group Save the Children, which last month identified 48 countries, including Uganda, whose school systems are at high or extreme risk of crashing. down. Most of those nations are from sub-Saharan Africa, a region long affected by a high dropout rate and a shortage of trained educators.

Uganda initially closed its schools in March 2020, shortly after the first case of coronavirus was confirmed on the African continent. Some classes were reopened to students in February 2021, but a new total closure was imposed in June as the country grappled with its first major spike in infections. It is now the only country in Africa where schools remain closed, although President Yoweri Museveni announced last week that they would reopen in January.