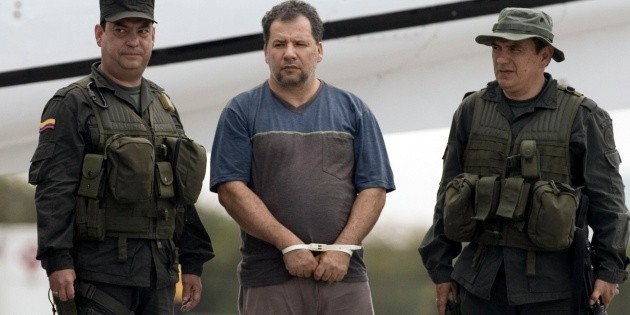 Colombian Daniel Rendón-Herrera, former head of the Gulf Clan and who was one of the most wanted drug traffickers in Colombia, He accepted on Tuesday that he offered support to a terrorist organization and led an uninterrupted illicit enterprise in connection with drug trafficking.

Known as “Don Mario”, Rendón-Herrera pleaded guilty to both charges before Judge Dora Lizette Irizarry in federal court in Brooklyn.

“Under my responsibility, I conspired or associated with other people to collect taxes on the passage of coca that came to the United States,” Rendón-Herrera said during a two-hour court hearing. “Approximately 73,645 kilos of cocaine.”

The Colombian was extradited to the United States in April 2018 and at that time he pleaded not guilty to charges.

The charge of continuing illicit enterprise in connection with drug trafficking, issued by the district attorney for the Eastern District of New York, includes crimes of distributing cocaine and conspiring to carry out murders. He has been in jail for a minimum of 20 years, Judge Irizarry said.

The charge of conspiring to offer support to a terrorist foreign organization, issued by the District Attorney for the Southern District of New York, would carry a maximum of 15 years in jailsaid the magistrate.

Rendón-Herrera was captured in April 2009 in an area of ​​the department of Antioquia after more than ten months of intelligence operations.