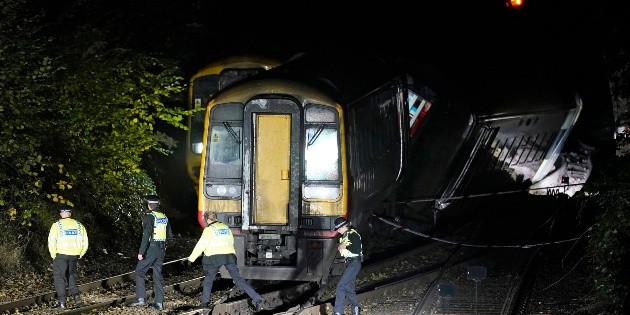 The transport police indicated in Twitter that he had evidence of several minor injuries, “but fortunately no one died.”

“We are currently at the scene of a train accident between two trains between Andover and Salisbury,” tweeted the local police, who specified that emergency services were posted there.

According to a spokesman for the British railway network, the last car of the first train derailed after colliding with an object when exiting a tunnel near the station. Salisbury, about 140 kilometers from London, and then he was hit by the second train.

Transport Minister Grant Shapps announced the opening of an investigation.

“We need to understand how it could happen to prevent it from happening again in the future,” Shapps said.

About fifty firefighters showed up at the scene of the accident, said this same service on Twitter.