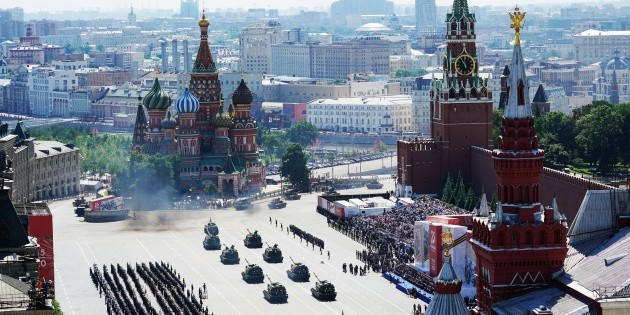 A new sentence derived from a law criminalizing blasphemy has taken place in Moscow (Russia) after a Russian blogger and his partner they will pose in the Red Square in a situation that simulated a sexual act and for which they were sentenced to 10 months in prison.

In the photograph that Ruslan Bovieb He shared on his social networks, he and his partner, the model appear Anastasia Chistova in a position that simulates a sexual act; in the background you can see Saint Basil’s Cathedral and she wears a jacket with the word “police” on it while kneeling in front of him. The sentence corresponds to the requested by Russian prosecutors and went issued on October 29.

The images would have been published on September 29 on TikTok and Instagram and in a first violation of Russian laws, the couple was arrested and spent ten days in prison and was forced to pay a financial fine for being considered an offense to police corporations.

The law against religious offenses was enacted by Vladimir Putin in 2013, and through this, those who manifest a “notorious lack of respect towards society in order to offend the religious feelings of believers”With penalties of up to three years in jail.

The prison sentence for the blogger and the model becomes one of the first under this regimeAlthough last month a similar case was in the crosshairs of the Russian authorities after a woman exhibited her breasts near the same church to publish content on her OnlyFans account, and for which a verdict has not yet been issued to the respect.

In 2016 another blogger, named Ruslan Sokolovsky, was arrested in the framework of this law after being found playing “Pokémon Go” in the church of All Saints, according to some local media.