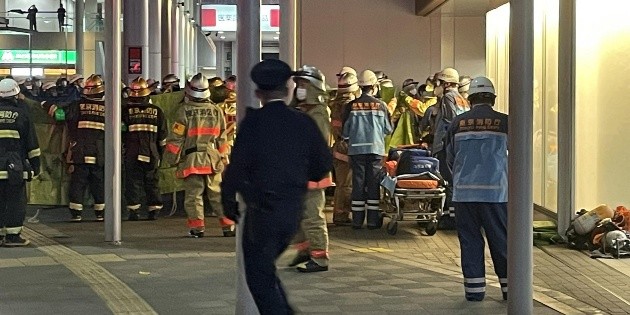 A man dressed in the Joker costume stabbed several passengers on a Tokyo commuter train on Sunday before starting a fire, which caused people to rush to escape and jump out of windows, police and witnesses said.

The Tokyo Fire Department said 17 passengers were injured, including three seriously. Not all were stabbed and many had minor injuries, the agency said.

The attacker, identified as a 24-year-old man, was arrested at the scene and was being investigated on suspicion of attempted murder, NHK said. The motive for what happened was unknown at the moment.

Nippon Television reported that the suspect told police that he wanted to kill and be sentenced to death, and that he used a previous train stabbing case as an example.

Witnesses told police that the attacker was wearing a bright outfit – a green shirt, a blue suit and a purple coat – like the Joker from Batman or someone who was going to a Halloween event, according to local press.

Television images showed several firefighters, police and paramedics rescuing the passengers, many of whom escaped through the train’s windows to escape the assailant and the fire.