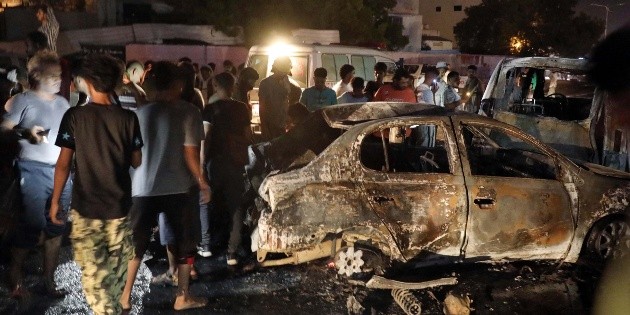 At least 12 civilians died this Saturday in a car bomb attack near Aden airport, Yemen’s second city to temporarily host the government, said a security official.

“A car bomb exploded, killing civilians and their children and injuring others”

For now it is unknown who is responsible for the attack in this town in southern Yemen, an area where attacks by Houthi rebels and the jihadist organization Islamic State (IS) are common.

“Twelve civilians have died in an explosion” near the Aden airport, according to the same source. “There is an undetermined number of injured”he added.

A spokesman for the Southern Transitional Council (STC), which participates in the Yemeni government recognized by the international community, said that the explosion was due to a car bomb.

“A car bomb exploded, killing civilians and their children and injuring others,” Ali al Kathiri said in a statement.

According to a correspondent, at the scene of the events Firefighters tried to put out the flames caused by the explosion and other men removed a body from a destroyed vehicle.