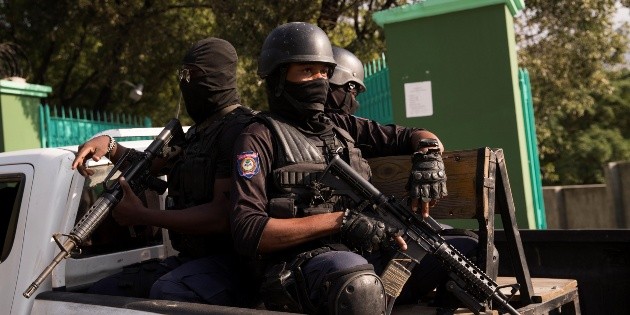 At least four people were injured this Saturday during a shooting at the Saint Louis de Bourdon school, in Port-au-Prince, in the midst of a serious wave of violence that shakes Haiti.

The victims are a student, a teacher, a student’s father and a security officer who works at the school, according to a source close to the educational center consulted by Efe.

Student she was evacuated in an ambulance with a wound to her right leg, according to images taken by journalists from local media.

According to the sources, Members of an armed gang broke into the secondary school, located in the Canapé Vert sector, to try to carry out a kidnapping.

The National Police “is looking for information on the event,” a spokesman for the armed forces told Efe, which has not yet released any balance of victims.

A couple of hours after the incident, several police officers were guarding the school, inside which at least one young woman still had an anxiety attack.

The shooting took place at a time when the wave of violence in Haiti caused by the action of the armed gangs that control numerous neighborhoods in the metropolitan area of ​​Port-au-Prince has intensified.