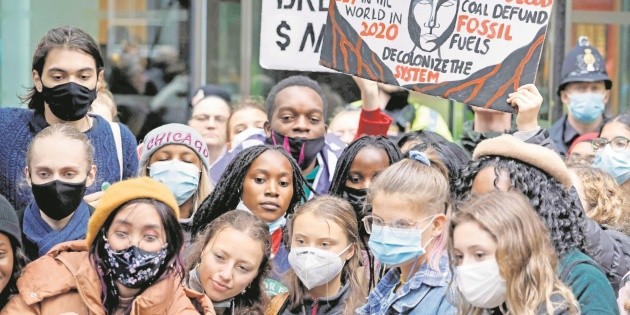 The protest, which took place in front of the headquarters of the Standard Chatered bank in the British capital, was attended by dozens of protesters from environmental organizations such as Climate Justice, Fridays for Future and Young Climate Warriors.

Thunberg, 18, arrived an hour after the start of the protest. She did it by car and accompanied by several protesters. Moments before the demonstration, the activist published a tweet saying: “One hundred and sixty-seven school protest week. We are today in front of the Standard Chatered bank to ask them to stop financing the destruction ”.

Starting tomorrow, world leaders and representatives of organizations and institutions from around the globe will meet in Glasgow to try to agree on measures to meet the climate objectives set in the Paris Agreement.