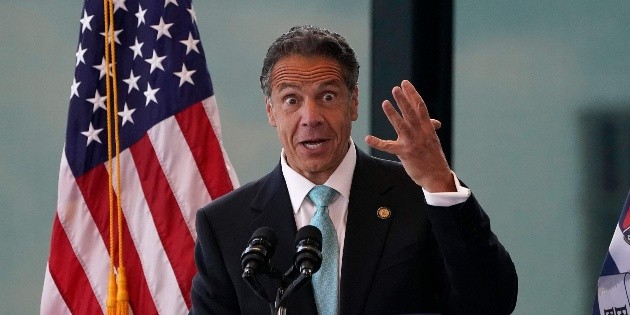 The New York authorities assured this Friday to have a “overwhelming amount of evidence” against the former governor of New York, Andrew Cuomo, in the complaint for forceful touching presented this Thursday in an Albany court.

As Albany Sheriff Craig Apple explained at a news conference, his department has managed to accumulate a long list of evidence against Cuomo after a “very extensive and methodical investigation.”

The investigations, he specified, included the review of “hundreds of thousands of documents”, the execution of several search warrants and numerous interviews with witnesses. “I am very confident that the district attorney will decide to prosecute the case,” said Apple, who on Thursday presented the case in an Albany court two months after a former Cuomo employee, Britanny Commisso, formally denounced in her office having suffered touching by the former governor when they were alone in his office.

Cuomo, who resigned from his post last August after several similar accusations by several women around him, will have to appear in court. next November 17Although the New York politician has always denied any accusations of sexual harassment or inappropriate behavior.

The governor’s fall from grace was precipitated after ten years in office and a lifetime dedicated to politics, when the New York Attorney General’s Office presented a detailed report concluding that he had sexually harassed 11 women, after several of them spoke publicly since the end of 2020 from different moments.

Following the report, Cuomo was widely criticized by numerous political figures, including from his own party, including US President Joe Biden, who said publicly that he believed he should resign.
Until then, Cuomo had been one of the most popular political figures in the United States, and he went on to receive an Emmy award for the daily press conferences he gave during the peak of the pandemic in New York, although the award was later withdrawn.