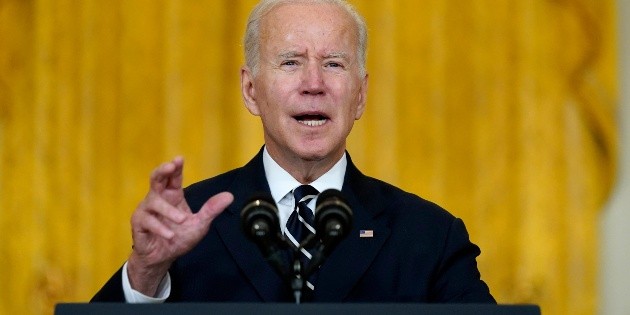 US President Joe Biden on Thursday touted a “landmark” plan to remake the US economy, as he sought to pressure critics within his own Democratic Party to back the bill after months of tortuous negotiations. .

“It is a framework that will create millions of jobs, grow the economy, invest in our nation and our people.”

Biden entrusts his legacy to the approval of the “Build Back Better” package (BBB, or Rebuild Better), a set of social spending measures of $ 1.75 trillion that seeks a more equitable and greener society and the jewel in the crown of his government agenda.

Just before leaving for Europe for the G-20 summit and COP26, the president announced that was confident of receiving legislative support for a revised spending frameworkAlthough it remains to be seen whether his efforts galvanized the party’s contested rank and file.

“I know we have a historic economic framework,” Biden said in an address to the nation from the White House, shortly after meeting with Democratic leaders in Congress.

“It is a framework that will create millions of jobs, grow the economy, invest in our nation and our people, turn the climate crisis into an opportunity, and set us on a path not only to compete, but to win economic competition for the century. XXI against China and all the other major countries in the world, “he said.

The BBB, which can define Biden’s mandate with reforms in education, healthcare, child care and clean energy, is linked to another ambitious bill under discussion in Congress for about $ 1.2 trillion in improvements to roads, bridges and other works. .

Nancy Pelosi, a key Biden ally and Speaker of the House of Representatives, told reporters she wanted a vote on infrastructure this Sunday, Oct. 31, when funding for numerous federal ground transportation programs runs out.