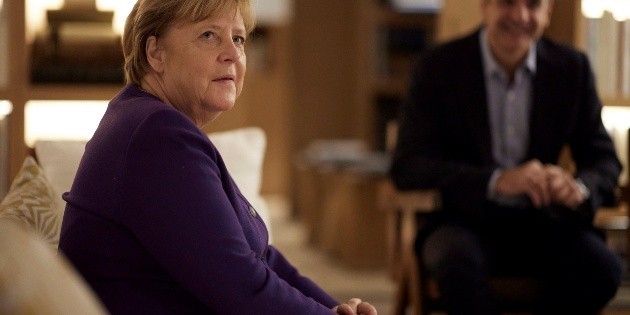 German Chancellor Angela Merkel arrived in Athens (Greece) on Thursday, where she is probably making her last official trip as head of government, in a country that demanded harsh austerity measures.

The Christian Democrat leader acknowledged in an interview published in the Greek press in September that “the most difficult moment of her mandate was when she demanded so much from Greece.”

At the end of his 16 years at the helm of the Teutonic executive, marked by the crisis in the euro zone and the migration crisis, which had a great impact on Greece, Merkel returns to Athens in a week when the country celebrates its national holiday, the day of “No” to fascism and Nazism during World War II.

During this trip, He will meet with the Greek President and Prime Minister.

“It is a very symbolic visit, since it will make it possible to take stock of the relations” between Greece and Germanysaid a Greek government source.

“I think she will be the first to admit … that austerity went much further than Greek society could bear,” Greek Prime Minister the conservative Kyriakos Mitsotakis recently declared in Brussels.

According to the German tabloid Bild, Merkel is “one of the most hated women in Greece”.