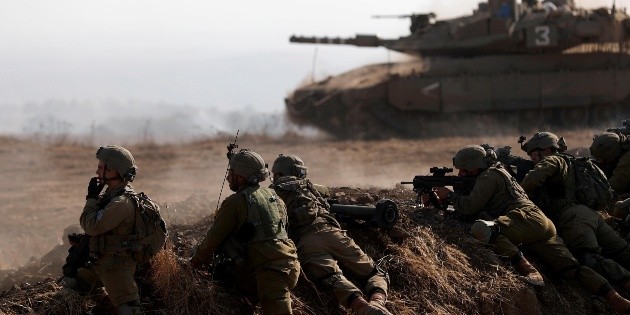 At least 34 combatants have died in the last three days in clashes between the Islamist alliance Organismo de Liberación del Levante and a series of jihadist groups with a foreign component in the province of Latakia, in northwestern Syria, the Syrian Observatory for Human Rights reported yesterday. .

The UK-based NGO with a wide network of collaborators on the ground, explained in a statement that the clashes were triggered by an offensive launched by the Agency, which includes the former Syrian affiliate of Al Qaeda, against enemy formations present in the Turkmen Mountains.

The different factions jihadists registered the highest number of casualties, with 26 deaths in their ranks, all of them foreign fighters mostly from former Soviet republics or Turkey, while the Islamist alliance lost eight members in the battles.

More than thirty combatants from both sides were also captured and an unknown number of them were injured in the area, where the exchange of artillery fire and mutual attacks with “heavy weapons” continue.

The alliance, declared a terrorist by several countries, has made an effort to present itself as a “moderate” actor in opposition to other more radical groups and extremist jihadists.

The Syrian Observatory for Human Rights stated that the Agency launched its initial offensive in an attempt to end the presence of “adversaries” in northwestern Syria and to improve its image with the international community “After shaking off the mantle of Al Qaeda.”