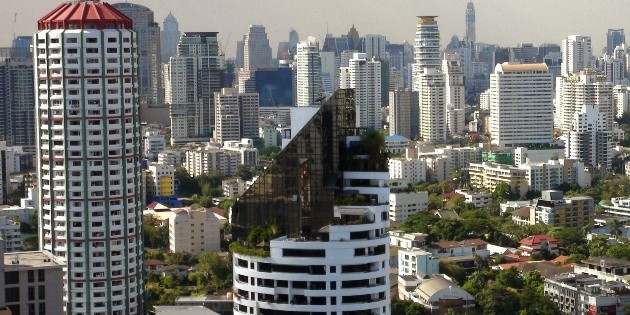 A resident in a skyscraper in Thailand cut the safety rope of two facade painters, apparently furious that she was not informed of the work, and left them hanging over the 26th floor until a couple rescued them, police said Wednesday.

The woman faces charges of attempted murder and destruction of propertyColonel Pongjak Preechakarunpong, head of the Pak Kret police station, north of the capital, told The Associated Press.

Pongjak did not say what prompted the woman to cut the rope, but the Thai press says she was apparently frustrated when workers showed up by her window and she did not see an advertisement for the building where the work was reported to be being done on October 12 °.

A video on social media shows the two painters asking residents on the 26th floor to open the window to let them in. One of the painters, named Song from Myanmar, told reporters that he and his two friends came down from the 32nd floor to repair a crack in the building.

When they reached the 30th floor, they felt that the rope was heavier and when they looked down, they saw someone on the 21st floor open a window and cut the rope. He tried to ask other units for help, but no one was there. The third colleague continued to support them from the top floor, said Praphaiwan Setsing, the resident who saved them.

Praphaiwan said her husband, who is British, noticed a painter gesturing and called her to speak to them.

“This incident is scandalous and should not have happened,” he said.

The person in charge denies what was committed

The condominium management accompanied the painters to the police station to report the incident.. The 34-year-old woman initially denied responsibility, but police sent the severed rope for fingerprint and DNA analysis, press said.

On Wednesday, the woman and her lawyer went to the police station. The police showed them the security video and the woman confessed, although she denied that her intention had been to kill the men.