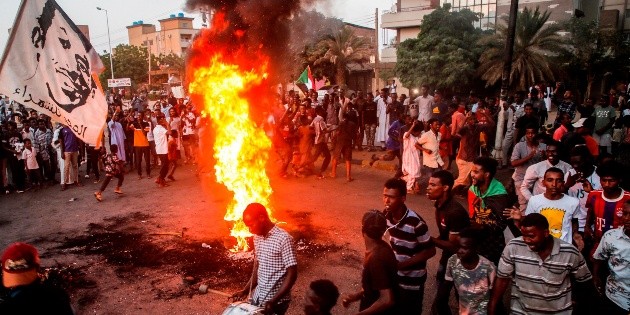 The World Bank announced on Wednesday the suspension of aid to Sudan following a military coup against the civilian government.

“The World Bank Group suspended disbursements for all its operations in Sudan on Monday and stopped processing any new operations while we closely monitor and assess the situation,” said Bank President David Malpass.

The announcement comes after the head of the Sudanese army, General Abdel Fattah al Burhane, on Monday dissolved the group of authorities that piloted the country’s transition.

The prime minister, Abdallah Hamdok, and almost all civilian leaders were arrested within hours of the departure from Sudan of the US envoy for the Horn of Africa, Jeffrey Feltman.

Hamdok returned to his home in Khartoum, where he remains “under close surveillance” by the security forces, according to his office.

“I am very concerned about the recent events in Sudan, and I fear the dramatic impact this may have on the recovery and the social and economic development of the country.”said Malpass, who recently visited Khartoum to meet with the country’s authorities.

The president of the organization stressed that he had “discussed the economic and social transformation of the country” and had received “a clear commitment from all parties to work together towards a more prosperous future for the Sudanese people after 30 years of authoritarian rule and disengagement from the international community “.

Malpass recalled that the World Bank has collaborated with other partners in the development of support programs for families and the vaccination plan against COVID-19 in the country.